The Lifetime Achievement Award is given for cumulative contributions to California archaeology that have spanned a lifetime and are therefore reserved for the elder members of our profession. 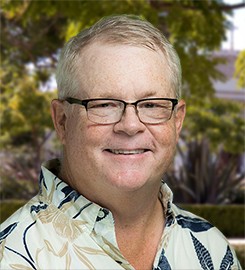 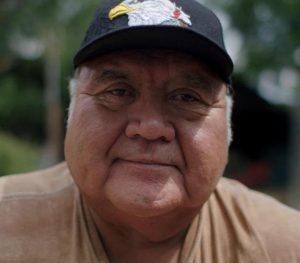 This award is similar to the SCA’s prestigious award Lifetime Achievement Award and is given for cumulative contributions by an individual or group to the preservation of their cultural heritage.

The Society for California Archaeology is honored to formally recognize contributions made by California Indians to the preservation of their cultural heritage. The desire to preserve the heritage of this state is something that California Indians and archaeologists have in common.

We know that many generations of California Indians have struggled for cultural survival and autonomy. Through this struggle, they have persevered, and in doing so, have given us a greater understanding of their culture and history. Their perseverance has also led to the current blossoming of California Indian heritage. Recognizing that any one individual or group may have participated in many different ways, some examples of the kind of contributions this award is meant to honor including the following:

The SCA California Indian Heritage Preservation Award was created to honor California Indians who have contributed to one or more of these important accomplishments. It is with sincere appreciation and respect that we offer this award each year from the year 2000 onward.

A nominee for this award:

This award is most similar to the Society for California Archaeology’s most prestigious award, the Lifetime Achievement Award. It is most often given for cumulative contributions (by an individual or group) that have spanned a lifetime and therefore tends to be reserved for elder candidates. It may, however, be given to more junior candidates for outstanding onetime contributions. The goal of the award is to recognize one outstanding individual or group. However, occasionally more than one award may be given. It is also possible to give the award to individuals or groups from the past.

The individual or group recipient of the California Indian Heritage Preservation Award is notified well ahead of time so that they and their supporters can plan to attend the banquet. They are identified during the meeting with a special ribbon on their name tag, are provided accommodation and travel by the SCA, and are hosted to the banquet. 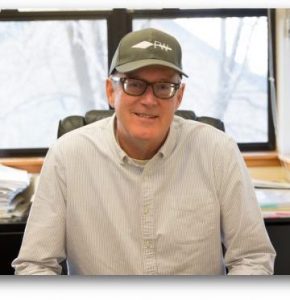 This award is given for a distinct, noteworthy effort, or for cumulative efforts on special topics such as specialized analyses or publication. It has traditionally been announced as a surprise at the Awards Dinner. 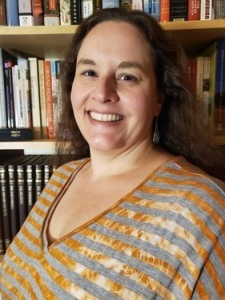 This award recognizes contributions to site preservation, public archaeology, etc. It has traditionally been announced as a surprise at the Banquet. 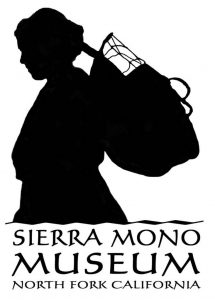 Nomination Instructions: Describe the individual or society’s accomplishments,  highlights, scope of influence, and other achievements related to the SCA. Please submit your nomination to President Anmarie Medin at gro.emohacsnull@eiramna.

2022 The SCA Award for Excellence in Cultural Resource Management

The SCA Award for Excellence in Cultural Resource Management is given to an individual who shows outstanding leadership in the field of cultural resource management.

Recipient of the 2022 Golden Shovel Award

The Golden Shovel Award is a special presidential commendation given to a longstanding member of the society who has made contributions through continued efforts in field or lab work. 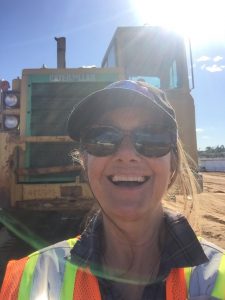 Giving a paper or poster at the SCA Annual Meeting? Submit your paper or poster by February 15,  to the SCA Student Paper Competition. Papers should be submitted as e-mail attachments to the SCA Business Office at gro.emohacsnull@eciffo with “Student Paper Competition” in the email subject line. Please include the name of a faculty advisor in the email. If you are submitting a poster, include all relevant files in full layout. The awardee wins money, prestige, a banquet ticket, and more! Submission guidelines may be found here.

The President’s Award is given for above and beyond service to the SCA and California archaeology in general. 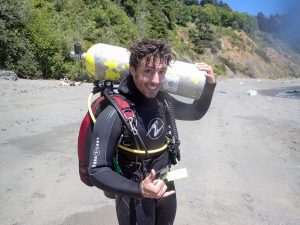 Numerous sites are found along the coastline of the King Range National Conservation
Area in northwestern California, but no coastal sites have been dated to the Early Archaic (~8000-5000 cal BP) and few to the Middle Archaic (~5000-2500 cal BP). The majority of sites dating to the Early Archaic in northwestern California are located along inland river corridors and ridgetops. This inconsistency limits the analysis of changes between
sociolinguistic groups in technology, settlement-subsistence practices, and trade/exchange
relationships through time. This study will develop a deeper chronological sequence of coastal
occupation in the King Range by dating sites which may predate 2,750 cal B.P. based on their
position on the landscape. I will continue to compile CRM reports and other gray literature for
northwestern California and synthesize the results of obsidian studies. This information will help
me explore concepts of trade and mobility across environmental and social boundaries.

The call for proposals for this project goes out each year in October.

For information on the award and the list of recipients, please see the James A. Bennyhoff Memorial Fund Award page. 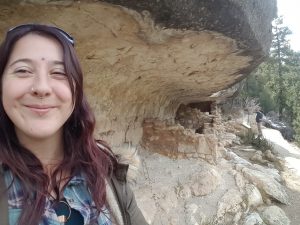 This study of the Borax Lake site (CA-LAK-36) will use three existing surface collections and
conduct systematic sampling of the site surface to determine if there is temporal integrity and to
establish units of contemporaneity through obsidian hydration dating. With this research, I seek
to follow in the footsteps of Bennyhoff by providing new data from the Borax Lake site which
has a known Paleoindian Period occupation. Obsidian hydration, x-ray fluorescence, and lithic
analysis will be conducted to build on the information provided by past studies of the site. A
synthesis of site research will be discussed in relation to developments in Paleoindian studies in
the North Coast Ranges, Western Pluvial Lakes Tradition, the Great Basin, and the greater Far
West. This research seeks to provide data to help shape future research at the Borax Lake site and
better understand potential connections of Clovis, Western Stemmed Tradition, and Borax Lake
Wide Stem tool diagnostics. The goals of this research include discussing site composition and
horizontal site structure in ways that Haynes and Meighan could not, building on the knowledge
of technology at the site through analysis of formal and informal tools, and examining regearing through remote discard. 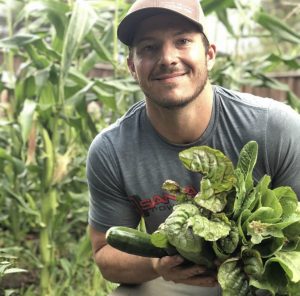 The primary goal of the proposed project is to develop profiles for lithic sources to reconstruct patterns of trade and mobility in the context of increasing sedentism, social complexity, and climate change in precontact coastal southern California. As a part of this project, I will use Laser Ablation Inductively Coupled Mass Spectrometry (LA-ICP-MS) of chert samples from outcrops on Anacapa (ANI), Santa Cruz (SCRI), and San Miguel (SMI) islands to identify diagnostic elemental components between chert quarries to create a chert provenance database. These data will be used to distinguish outcrops and potentially allow for future studies to source artifacts to conduct an additional test of the predictions of the settlement model established here. If successful, I will be able to use the distribution of lithic raw materials and formal tools at quarry sites, lithic scatter sites, and residential bases as part of my dissertation research.

The call for proposals for this project goes out each year in October. 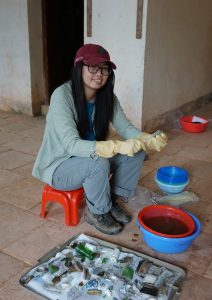 My project is titled The Agua Mansa Archaeological Collection: Chinese Farmers’ Assemblage and will focus on completing analysis of a late nineteenth century trash deposit assemblage
related to Chinese vegetable farmers who lived and worked in Agua Mansa, San Bernardino County, CA in the late nineteenth century. The collection comes from several field seasons of excavations of the Agua Mansa Church over 30 years ago and has not been fully cataloged.
Completing analysis of the Chinese assemblage would shed light on life for Chinese agricultural
workers and on intercultural encounters between Chinese migrants and Genízaros—Indigenous
people in New Mexico who had been forced to serve Spanish colonizers as domestics or soldiers.
Genízaro families migrated to California in the 1840s and established the town of Agua Mansa,
but the area was heavily depopulated by the mid-1880s because of a devastating flood that
displaced most residents. Archaeological excavations between 1979 and 1986 revealed that a
group of Chinese farmers lived in what remained of the Agua Mansa Church rectory and likely
leased the land from a Genízaro family. While artifacts from the Chinese living quarters were
excavated over various field seasons, only portions of the 1984 assemblage were analyzed. My
project involves completely analyzing the Chinese assemblages that were excavated from all
field seasons, which would provide a more complete interpretation of daily life for Chinese
farmers laboring in Agua Mansa. My analysis would also help shed light on how Chinese
farmers interacted with the Genízaro families, which would contribute to the dearth of
scholarship on Asian-Indigenous entanglements and alliances. Furthermore, as a part of this project, I will prepare the collections for accessioning at the Santa Barbara Museum of Natural History (SBMNH), where all collections from Channel Islands National Park are stored in perpetuity.

The Emma Lou Davis Mentorship Award was instituted in 2021 at the request of the Women in California Archaeology (WCA) committee and the Coalition for California Diversity (CDCA). From the Newsletter (Colligan 2022: SCA Newsletter 56(2):11: “The inspiration for this award came from a recent SCA survey (VanDerwarker et al. 2018) that identified the crucial role mentorship has played in archaeology. This issue is particularly salient for women and underrepresented groups. Good mentorship can save us from dropping out at difficult points in our careers and aid in building network alliances. As a result, members of the WCA and CDCA have sponsored this Mentorship Award to honor archaeologists who have mentored women and underrepresented communities in the discipline in a significant way. We aim to recognize valuable contributions by our colleagues and peers who assist others and contribute to making archaeology a more equitable and diverse space. We want to honor this award by naming it after Emma Lou Davis, a renowned archaeologist whose pioneering work paved the way for a more diverse field today.”