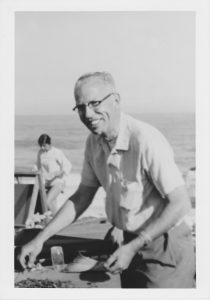 The Bennyhoff Memorial Committee proposes to improve its services to the Society for California Archaeology membership by expanding its awards to two tracks—the Bennyhoff Student Award and the Bennyhoff Research Award. The awards will continue to meet our mission statement and honor Dr. Bennyhoff’s legacy by supporting original research on the prehistory of California and the Great Basin. We will give special consideration to projects emphasizing analysis of existing museum collections, those housed in regional repositories, or those reported in inventories and reports which focus on: (1) the development, significant refinement and/or modification of time-sensitive typologies or seriation studies useful in identifying prehistoric spatial or temporal units; or (2) relating primary data to revision of existing culture historical taxonomic frameworks. Consultation with relevant Native American groups would be expected, as applicable.

Additional support includes up to 100 obsidian hydration readings courtesy of Tom Origer’s Obsidian Laboratory, and up to 50 obsidian source analyses courtesy of Dr. Richard Hughes’ Geochemical Research Laboratory for both the Student and Research Awards. In addition, Dr. Tom Brown with the CAMS facility at the Lawrence Livermore National Laboratory oversees a generous donation of four AMS dates to the Student Award. The SCA is grateful to Tom and Richard, both former Bennyhoff students, for the donation of their time since the beginning of the award in 1996, and to Tom and the CAMS facility for their continued generous support since 2003.

The Student Award will be unaltered from its current status, conditions, and schedule. Per existing rules, Student Award proposals must: identify research relevant to Dr. Bennyhoff’s research interests; contain a detailed budget and justification making full use of the award; include a statement defining where the research will be presented and/or published; a schedule for conducting and finalizing research and presentation, not to exceed one year; and include a curriculum vitae and letter of support from a faculty advisor. We will continue to advertise in the fall and give out the award in advance of the Annual Meeting, with the winner announced and introduced at the Awards Banquet. If there are no winning entries or if no proposals are received, the funds can roll to the Research Award.
Student Award Total: One @ $1,500.00 plus 100 obsidian hydration, 50 x-ray fluorescence, and four radiocarbon dates (total value of @6,000).
Student Award Deadline: 15 December.
DOWNLOAD THE POSTER

This branch of the award will go to studies proposed by members of the Society for California Archaeology who are RPA-listed or qualify as a Principal Investigator under the Secretary of the Interior’s Standards and Guidelines. In addition, proposed research must fall outside the purview of conventional cultural resource management investigations and must not supplement active commercial investigations. Proposals will be considered that result in: (a) publication of important, unpublished existing manuscripts; (b) production of new original reports and data compilations for key underreported collections, especially those under consideration for repatriation; and (c) synthesis and analysis of cultural and temporal marker artifact types. If proposed research entails analysis of existing collections, the proposal must include an agreement from the curation facility. Research Award proposals must include a reporting schedule for report/publication production and SCA Annual Meeting or Data-Sharing Meeting presentation. Research Award proposals must include and maintain a schedule for e-mail milestone status reports to the Bennyhoff Committee Chair. The Research Award will be advertised at the Annual Meeting and proposals will be reviewed no later than August 31. DOWNLOAD THE POSTER

We would like to thank all those who have contributed to the Bennyhoff Memorial fund over the years. Initial source funds were supplied by Randy Milliken and Rose White’s Bennyhoff Gravenstein Flea Market sales. Continued donations have come from our yearly quilt raffles and from SCA members. Please consider donating by contacting the SCA Business Office.

Complete proposals in a PDF format should be emailed to Pat Mikkelsen (moc.nretsewrafnull@tap), the James A. Bennyhoff Memorial Fund Award Committee Chair. Any questions about the proposal process or award can be directed to the Committee Chair’s email address above or at 530-304-1727. 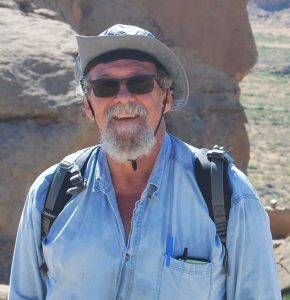 Sabre Springs (CA-SDI-6669) is a large site with occupations dating from as early as 2950 BP to the end of the Late Prehistoric Period. A large excavation was conducted there in 1984 but the report was not written until 1992 and it was never widely circulated. For my sabbatical this fall, I am updating that report and preparing it for publication. The proposed new research is refining the chronology of the site using AMS dating (a technique we could not afford in 1990), combined with obsidian hydration and artifact typology. At many sites in the San Diego area, Archaic components are obscured by abundant Late Prehistoric material. The original dating budget and artifact analysis, especially the projectile point typology, allowed us to recognize a Sabre Springs Archaic occupation. One of the goals of this project is to refine our understanding of the dating of this occupation.