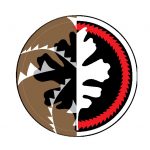 The Society for California Archaeology was founded in 1966 as a nonprofit scientific and educational organization dedicated to research, understanding, interpretation and conservation of California’s heritage. Membership is open to everyone with an interest in California archaeology. Its mission and Code of Ethnical Guidelines, among other information, may be found in the menu to the right.

The Native American Programs Committee (NAPC) was established on June 7, 1992 by the SCA Executive Board under the leadership of SCA President Dick Markley.

The mission of the SCA Native American Programs Committee is to promote communication and exchange of information among California Indians and cultural resource management (CRM) professionals. The Native community and SCA will accomplish this mission through collaborative efforts in education and technical assistance.

The Chairperson(s) of the NAPC is appointed by and serves at the pleasure of the SCA Executive Board, which is comprised of elected officials in accordance with its Articles of Incorporation and Bylaws.

The NAPC is comprised of a list of interested Committee Members comprised of “SCA members in good standing,” and it also reaches out to a second list of “NAPC Friends,” who are not SCA members. As of 2008, these group lists include more than 100 California Indians, professional archaeologists and cultural resources managers, and avocational archaeologists. These two lists serve as important points-of-communication from and to the NAPC Chairperson(s), serving as a network to facilitate communications and exchange of ideas about how NAPC can best serve SCA, Native Americans and the state’s interested citizenry.

NAPC Open Meetings are held most years in conjunction with the SCA Annual Meeting. These meetings typically provide important feedback from both Native Americans and archaeologists on what we can do to improve or expand our program consistent with the NAPC mission statement.

Funding to support NAPC programs is decided annually by the SCA Executive Board and depends upon the fiscal health of this non-profit organization.

This NAPC program was initiated in 2005 to support participation and attendance of California Indians at the SCA Annual Meetings. Tax-deductible donations are sought to support meeting participant expenses including lodging at the host hotel, travel and per diem stipends, meeting registration, and fees for each to attend special workshops, the Silent Auction and/or Banquet (average $800/person).

Sponsorship Selection Criteria and Application Process: Applicants must submit a written statement that addresses how their attendance at the SCA Annual Meeting will benefit them, their community and the SCA at large with reference to the Selection Criteria below. Each recipient will be expected to become a member of the SCA at the appropriate category for that year. Criteria for selection of sponsorship awards will include:

Sponsorship application letters may be submitted anytime for the coming year’s Annual Meeting, and before the posted deadline (typically, mid-January). Download this year’s application information here. Written statements (per selection criteria above) may be mailed to:

2020 Riverside (Canceled due to coronavirus)